I write code and things happen!

Here are some of the projects I've worked on throughout the years. 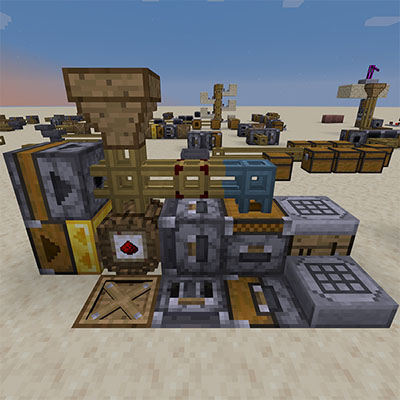 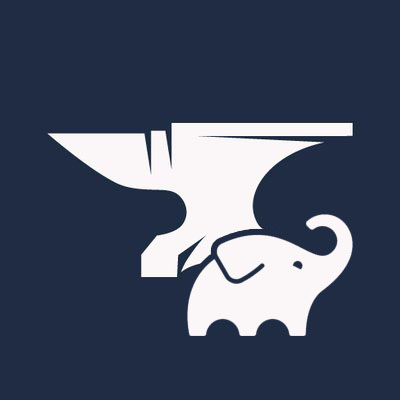 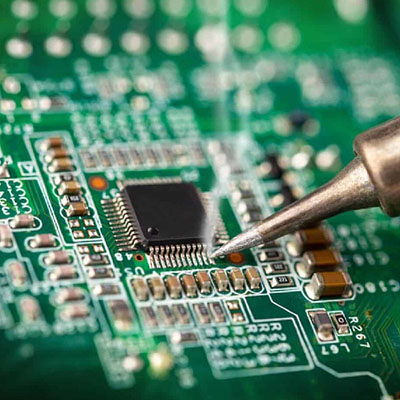 Minecraft's redstone can often be quite cumbersome. In most cases, even very simple design will take up a large amount of space and produce a lot of noise while it's active. This makes it hard to integrate circuits that enable automation or interactive elements into a lot of player builds.

Super Circuit Maker significantly expands the redstone toolkit of any technical player with micro-sized digital and analog components that allow them to design their own complex logic gates without compromising on features, footprint or performance. It also provides tools to easily copy and share designs with other players.

For a technical player, automation is the name of the game, and Technicalities provides everything needed to generate energy, build expansive assembly lines, manage item and fluid logistics, and much more.

Anchored on the principle of multiplicative design, the player is given a wide range of simple tools and it's their job to combine them in creative ways to solve their automation problems. There are often several mechanics that could be used to do any given thing, and it's up to the player to weigh their pros and cons and decide which one best fits their design.

This mod brings the portal gun from Valve's Portal and Portal 2 games to Minecraft, along with long fall boots and other fun items and mechanics.

ForgeGradle is the tool at the core of the Forge modding framework for Minecraft. It provides the ability to decompile and deobfuscate the game, apply binary and source patches, and compile and obfuscate mods for distribution. It is used both internally as well as by thousands of mod developers in their own projects.

ForgeGradle 3 was a major step forward for the modding community, allowing support for modern versions of Gradle and providing a more advanced framework for binary and source processing which allows it to be used for other purposes outside of Forge modding. It also received several major quality of life upgrades, like automatic workspace setup in IDEs and multi-project environment support.

Note: I am not in charge of newer versions of this project.

“Explore five mysterious elemental temples in the jungle. Conquer them and bring peace to the village.”

Map and resource pack set commissioned by Nvidia as part of their initial lineup of projects to showcase the power of Minecraft with RTX™.

“Designing a whole adventure experience from the ground up with my team has to be the most satisfying thing ever. What made ray tracing so cool was being able to properly configure materials to interact with lighting in a realistic way that helps bring out the expectations of how the material would really look. Ray tracing will allow map makers and builders to highlight points of interest in their maps, using light to draw the eye.” – RazzleberryFox, CEO of Razzleberries

Read the article on Nvidia's Blog

A seemingly simple Minecraft clone created as a study of graphics APIs, .NET Core, and various algorithms and simulations in the context of voxel game development. It boasts a powerful modding API with very easy to use interfaces, a custom rendering engine written in C++ and C# using GLFW and Vulkan with support for additional backends/APIs, a custom physics engine with support for discrete and continuous collisions, and much more.

Thesis project for the Bachelor's Degree in Computer Engineering at the University of Salamanca. Developed over the course of 9 months, together with a 222-page technical breakdown and design document.

Guest talks at the MINECON Earth and MINECON Live events in 2018 and 2019 where several mod developers get together and talk about modding in the context of Minecraft, covering topics from the possibilities that mods bring to players to game design aspects and choices that modders often have to keep in mind while doing their work, and safe mod distribution and installation.

A platform for social anime streaming. Allows users to invite their friends to a room and watch a show in sync while chatting. Architected to support tens of millions of concurrent requests with minimal server load. Designed with native support for modern DRM standards and advanced subtitling features.

Never released due to the current state of the anime streaming market.

Currently on hold due to the component shortage.

19JAEM is a maths conference that took place in A Coruña (Spain) in July of 2019. The project involved designing and developing the website and mobile app for the conference, as well as other internal management tools.

A Java 6 library designed to provide class composition behavior similar to that of Scala traits.